Article from Parenthèse published on 12 October 2021, in the Education/Schools category.

Have you recently enrolled your child in a Francophone school, and you’re wondering what the APÉ (school parents’ association) is?

Or have your children already been attending a Francophone school for a few years, but you’ve never had the time to attend the monthly meetings of this mysterious association?

Are you asking yourself what exactly is the role of the APÉ?

Maybe you’d like to get involved, but you’re not sure how?

Rest assured: these are entirely legitimate questions, which many parents ask themselves!

What exactly is an APÉ?

The existence of the APÉ stems from the British Columbia School Act. There is an official group of parents of students in each school in the province: a Parent Advisory Council (PAC) in English-language schools, and an Association de parents d’école (APÉ) in Francophone schools.

The APÉ represents and advocates for the interests of all parents or guardians of students at the school. Any person whose child is enrolled in a Conseil scolaire francophone de la C.-B. (CSF) school is a voting member of its APÉ.

The mandate of the APÉ is, among other things:

The APÉ may, if it wishes:

The APÉ plays an essential role in enriching school life and developing a sense of belonging to the school! 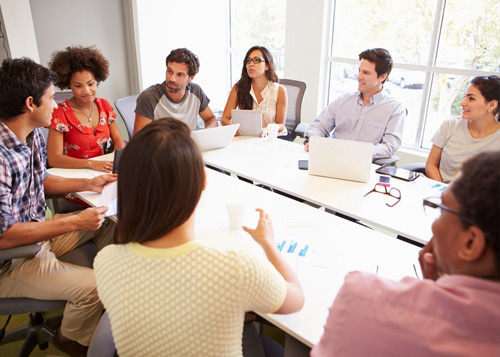 I’m very busy... I have no experience... I don't see how I could get involved in the APÉ!

These are concerns that many parents share. Please know that every parent can make a useful contribution to the APÉ – no matter their children’s age, their experience, or their schedule.

Getting involved in the APÉ doesn't only mean holding a position on its board (the “conseil d’administration” or “CA,” called “exécutif” in several APÉs) – far from it! In fact, for the APÉ to truly fulfill its mandate, its board has to count on the support and volunteer commitment of as many parents as possible.

For example, depending on their interests, availability, and so on, a parent could join a committee formed specifically to organize a certain activity, such as a fundraiser. Even if their involvement is connected to a single project or they simply lend a hand on site during an activity led by the APÉ, their contribution is extremely valuable!

Are you thinking of going further and taking an active role on the APÉ board (president, secretary, board member, or another position)? Rest assured that you’ll have access to backing and support, thanks to the Fédération des parents francophones and a province-wide network of parents (see below for more information).

Parental engagement – at any level – has a real impact on the school, and the students benefit in multiple ways. Besides, being a parent volunteer sets a great example for our children that shows them the importance of contributing to their community!

With so many possibilities, every parent can find a way to get involved – why not you?

What about the Fédération des parents francophones de C.-B.?

The Fédération des parents francophones de Colombie-Britannique began more than 40 years ago when, in 1979, Francophone parents came together because they wanted their children to have access to quality education in French, in schools managed by Francophones.

Thanks to the parents who have worked tirelessly since then towards this goal, the Conseil scolaire francophone de la C.-B. was created by the provincial government in 1995 (following legal action led by the parents), and Francophone schools continue to spring up throughout the province today!

(If you’d like to learn more about the Francophone parents’ struggle to achieve the implementation of the constitutional right to an education in French equivalent to the education offered to students in English-language schools, visit our webpage on this subject.)

The Fédération des parents francophones is officially recognized by the B.C. Ministry of Education as the organization representing all the parents’ associations in CSF schools. It represents the interests of its members and advocates on their behalf with various provincial and national bodies. It also offers support services and develops tools to help its members.

At the same time, it develops and makes available to parents throughout the province all kinds of resources to support and equip them in their role as the primary educators of their children, from the prenatal period up to post-secondary school. To learn about these resources, visit the Resources tab of our website!