Article from Parenthèse published on 7 December 2022, in the Annual Conference category.

At the 2022 conference, delegates from our member associations were able to take part in an enriching discussion with lawyer Mark Power, take a quiz testing their knowledge of their Fédération, and attend a networking workshop between parents’ associations. 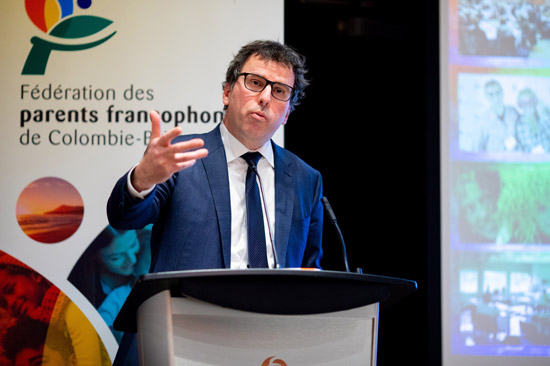 This year, we had the privilege of welcoming Mark Power, who has worked for many years to defend language rights in minority communities in Canada. He agreed to present a conference workshop on issues of interest to parents involved with French-language education.

Our member associations were delighted to have the chance to hear this passionate speaker and ask him their questions. With his usual enthusiasm, Mr. Power spoke to them about the legitimacy and importance of parents’ participation, individually and collectively, in the Francophone education system in minority communities, as well as Bill 22 (School Amendment Act) and its potential impacts – once it comes into force – for Francophones in our province. He also spoke about the anticipated implications and impacts of the historic win for the Fédération des parents francophones de C.-B. and the CSF in the Supreme Court of Canada in June 2020, following the case on equivalence for French-language education in our province.

Quiz: Do you know your Fédération? 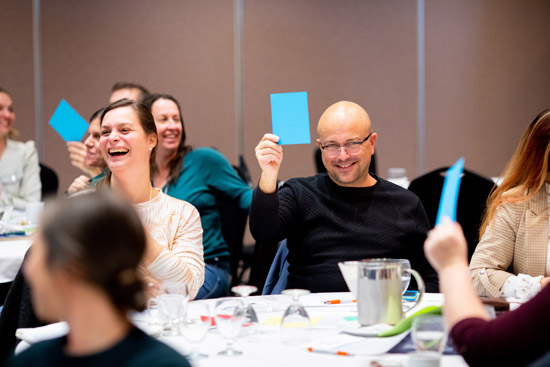 Divided into small teams, the delegates were then asked to participate in an interactive quiz that allowed them to demonstrate their knowledge, or learn something new, related to the Fédération des parents and the services and resources it offers to parents and its member associations. The questions in the quiz included the role of APÉs and the achievements of the Fédération des parents, which represents APÉs at the provincial level while also supporting them with their mandates.

The wacky hosts from the Improtéine comedy team gave this exercise a very playful angle, and the involvement of Fédération des parents staff provided additional information on the various themes discussed. The winning team of parents, as well as the losing team, both won prizes as a result of their performance on this quiz!

“Let's talk”: a networking activity with lots of discussion 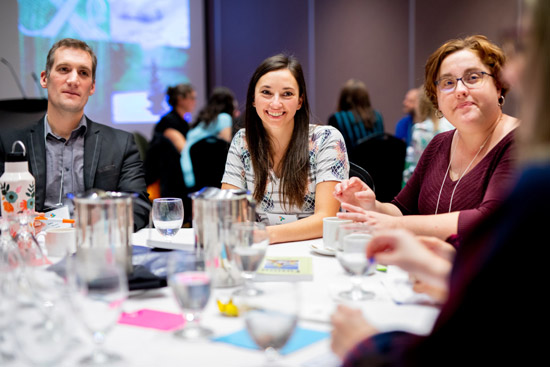 The final activity of the conference was devoted to networking among parents’ associations. The representatives of the associations in attendance met in sub-groups, each led by a member of the Fédération des parents team, which then set up discussions on topics that closely affected them.

According to the participants, it was very rewarding to share their experiences, recent achievements, and current challenges, as well as to discuss their objectives and priorities for the coming year. In addition, it was the ideal opportunity for the Fédération des parents team to listen to its members and gain an even better understanding of their situations, with the aim of developing tools and services that increasingly correspond to their needs.